Liana Conyers was recently awarded a Fulbright Distinguished Teacher Award and will spend a term in Singapore studying dance.

Anna Dolan has been involved with the Academy for Teachers in New York City, giving a workshop on What’s Working in Remote Teaching (right after our in-person schools shut down) for other performing arts teachers, as we struggled to find successful ways to transition to virtually teaching this particularly vexing subject area.

Anna has also been involved in a storytelling performance about the joys and struggles of teaching (originally to be performed at the Barrow Group before COVID-19 changed the venue). She will perform with a small group of other teachers, after having worked with Seth Barrish and Mike Birbiglia this spring to shape a performance/story.

Alexis Lambrou completed an MA in Art + Education through NYU Steinhardt and received the Richard Hirsch Memorial for Students in the Arts award, which is presented to one graduate student in recognition of outstanding scholastic attainment in the arts. Alexis also received several grants for her classes, including a Photoville Teaching Artist Microgrant, which helped pay the five visiting photographers who lectured in both her Intro and Advanced Photography classes; and an ELAS grant for a new proposed course on LES Art + History. Finally, Alexis taught photography at Sarah Lawrence College’s Social Justice Collective in Summer 2020.

On February 1, Pearl Marasigan presented “Exploring Equity in the Dance Classroom” at the 2020 Winter Conference of the New York State Dance Education Association (NYSDEA) at Hunter College. As a choreographer and performer, she auditioned for and was accepted for the 2020 Dance Educators Collective Concert at the 92nd Street Y.

In October 2019, Stefan’s opera Darkling had nine performances in a new production in Chicago by the Third Eye Theater. His contributions to the theater piece Science Fair were heard in October 2019 and April 2020 at the Hudson Opera House and the Morris Museum. The Wall Street Journal article, “The Staying Inside Guide: Arias for All Ages” (May 26, 2020) selected his opera The Scarlet Ibis as “an entertaining introduction to the world of opera.” He is developing two new operas: American Atheist about the life and murder of the infamous atheist Madalyn Murray O’Hair, and Edinburgh with a libretto by the acclaimed novelist Alexander Chee.

Ashna Ali’s article “Ugly Affects: Migritude and Black Mediterranean Counternarratives of Migrant Subjectivity” is forthcoming in a special issue of Journal of Narrative Theory, “Refugee Literature: Migration, Crisis, and the Humanities.” Forthcoming from minnesota review is a special unit on Migritude Literature in which they have a cowritten introductory essay with Christopher Ian Foster and a translated interview with Igiaba Scego. They cocurated and coedited the issue over the last two years.

In October 2019, Grace was selected as an Academy for Teachers Fellow and participated in a master class, Representations of Native Americans with Scott Manning Stevens.

Closer to home, Grace taught U.S. Latinx Literature and Culture during the spring 2020 semester, a first at BHSEC Queens.  A scaled-down version of this course, Reimagining América: The Latino Condition, was taught for the incoming 9th grade class through the Bard DNA Summer Program 2020.

Additionally, Grace was selected to be a peer reviewer and program selection committee member for the Association for the Study of Women in Mythology National Conference: Rivers of Change: Prophecy and Possibilities held in Santa Ana Pueblo, NM. Her paper, “The Feminine Principle in the Popol Vuh,” was presented at the March 2020 conference.

Jennifer won first prize in the Academy of Teachers 2020 Stories Out of School writing contest, which was judged by National Book Award winner Susan Choi. Jennifer’s story, “The Day My Students Grew Wings,” beat out 749 other entries, and the runner up was an Emmy Award–winner. Watch John Turturro read the story here.

At the 2021 American Society for Eighteenth-Century Studies conference, Peters will lead a session, “Madness: Medicine or Politics?” that focuses on the social and political re-evaluation of “madness” as used in the 18th century.

In February 2020, Zohra spoke about the history of Afghan poetry and read poems on the “The Greenspace,” WNYC Radio, and shared her work on Langston Hughes in Central Asia and Global Harlem in April 2020 as part of an online film screening of Looking for Langston through the Poets House. Zohra also published poetry in a variety of venues, including, “Sister of my spine, with wearing war behind one ear” and “Just like Jalalabad” in Tinderbox Poetry Journal. The first poem was nominated for a Best New Poets 2020 award by the journal.

Zohra was invited to present “Shape-shifting Bodies: Somatic Rituals toward Art for Gender Justice Workshop” at Split This Rock Poetry Festival: Poems of Provocation and Witness in March in Washington. Finally, “‘Heart Heat’: Ishq, Eros, and Radical Love in the Collaborative Artwork of Gazelle Samizay, Laimah Osman, and Sahar Muradi” was accepted for publication in 2020/2021 in the peer reviewed Hyphenations: Essays on Muslim Writers, Artists, and Performers in America.

Mika Turim-Nygren (Bard DC) was nominated by the Journal of Nineteenth-Century Americanist for her essay, “Twain’s Modernism: Death of Speech in Huckleberry Finn as the Birth of a New Aesthetic” for the 1921 Prize in American Literature. Winners will be announced at MLA this year. Her essay may be found here.

This year, Stephanie was a fellow in the Sci-Ed Innovators Fellowship Program, which is a selective cohort of teachers who meet monthly to employ structured design thinking processes to their teaching practices.

Richard Kurker was awarded a grant from the Toshiba America Foundation to work with students on applied genetics.

On January 27, Steven Mazie published an op-ed at the Washington Post after attending the Supreme Court oral argument in Espinoza v. Montana Department of Revenue: “Separating church and state is nothing like racial discrimination.” He was back in DC on March 3 for the final oral argument before the Supreme Court was closed for the COVID-19 pandemic and wrote an article on the abortion-access case, June Medical Services v. Russo, in The Economist. Professor Mazie’s other writings this spring include Economist articles on COVID-related travel restrictions, the fraught Wisconsin election, Donald Trump’s twin tax cases, and the “faithless-electors” hearings at the Supreme Court. He is at work on a feature about Justice Clarence Thomas. On April 29, Professor Mazie delivered a Dean’s Hour lecture to the Bard Early College community: “The Supreme Court in the Era of COVID-19.” With Amy Howe of SCOTUSblog, he co-led webinars previewing and reviewing the Trump tax case oral arguments. He also appeared on “Law Law Land,” the May 15 episode of Checks and Balance, the Economist’s podcast on the November elections.

Suzanne’s work-in-progress film In Eskişehir was selected to be part of the University Film and Video Association Conference for July 2020. This experimental documentary offers an account of Turkish state violence against Kurds through a remembered story about play-fighting between Kurdish boys on a military base in Eskişehir, Turkey.

Jess de courcy Hinds’ essay “Overcoming the Fear of Making a Wrong Turn” is in the New York Times crossword puzzle section. It’s about mazes, turning 40, and her extraordinary maze wizard daughter, Stella. In February 2020, Jess published  “The Art Teacher” in Monkeybicycle. In June 2020, she published “Dispatch from a Pandemic: Queens” in Another Chicago Magazine. 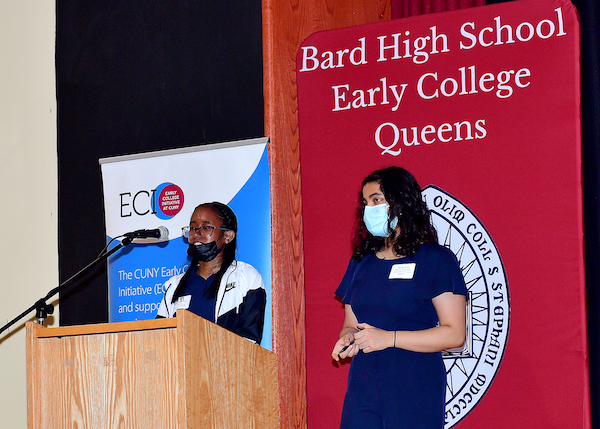 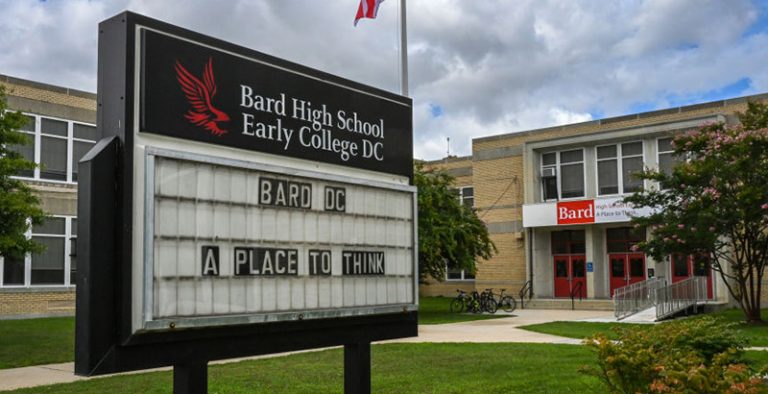 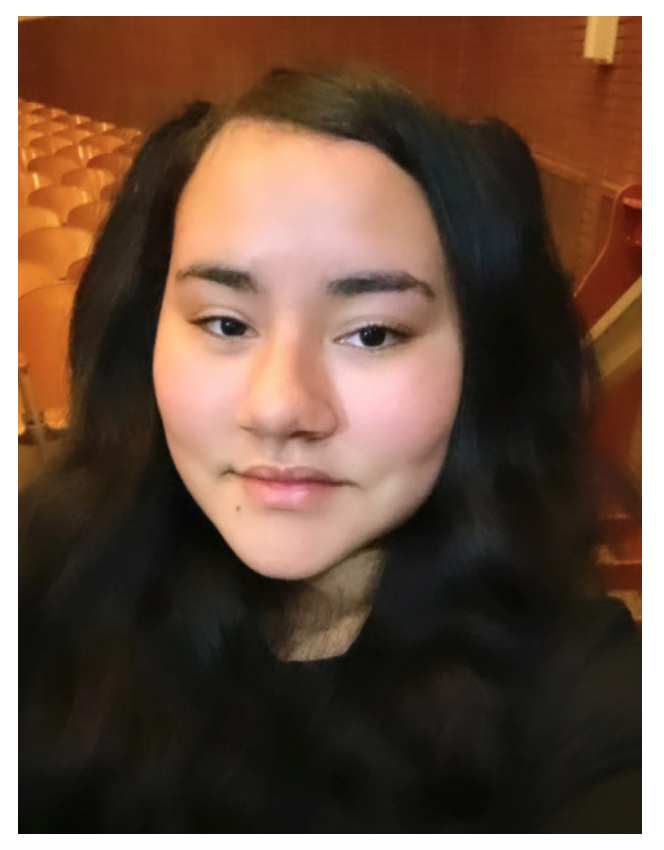 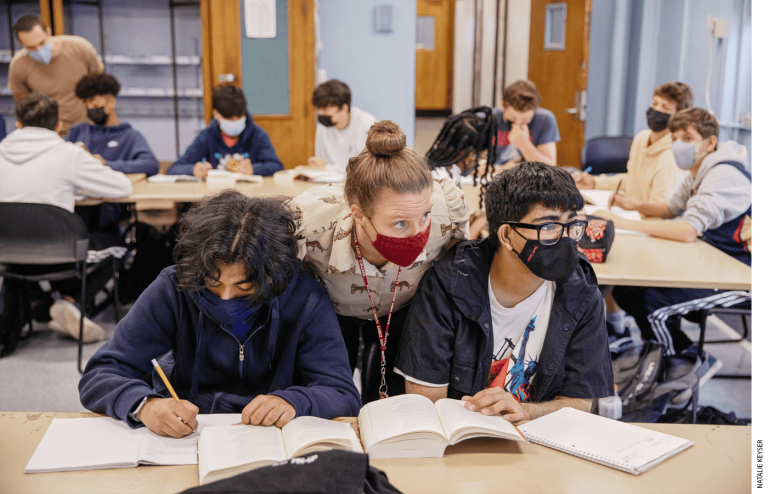 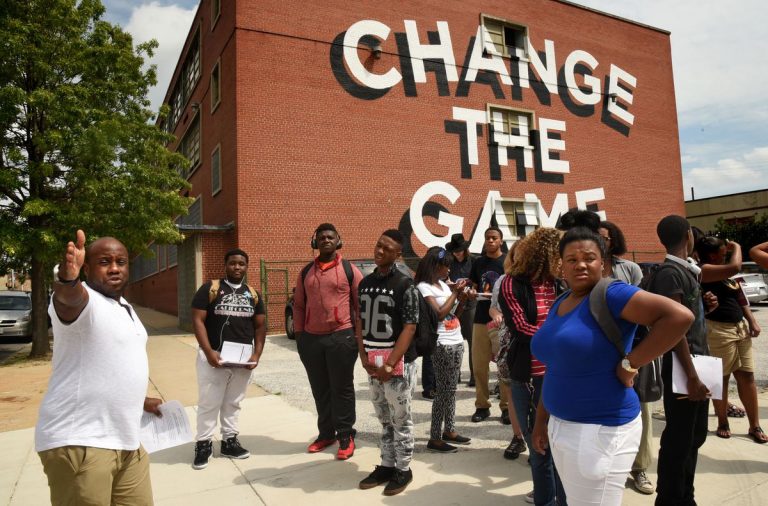 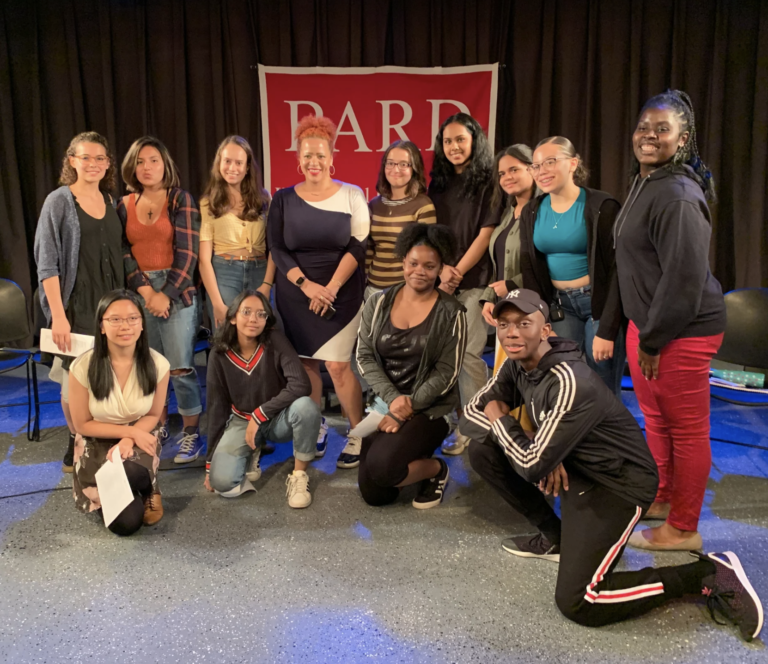 A Message to the Bard Early College Community 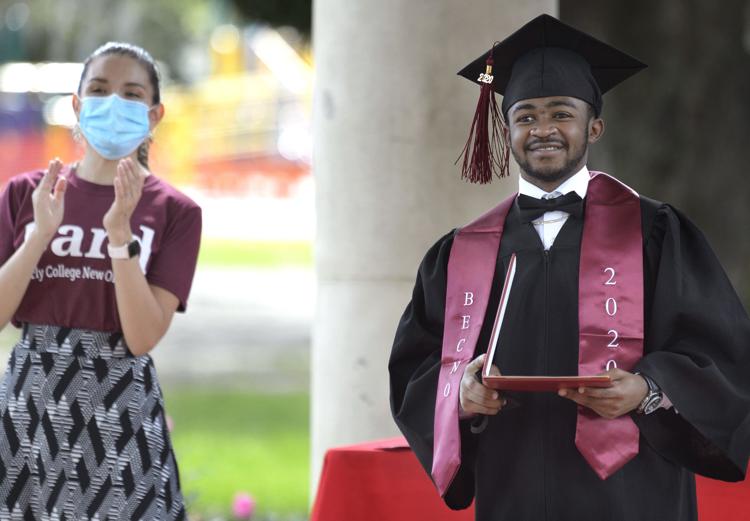 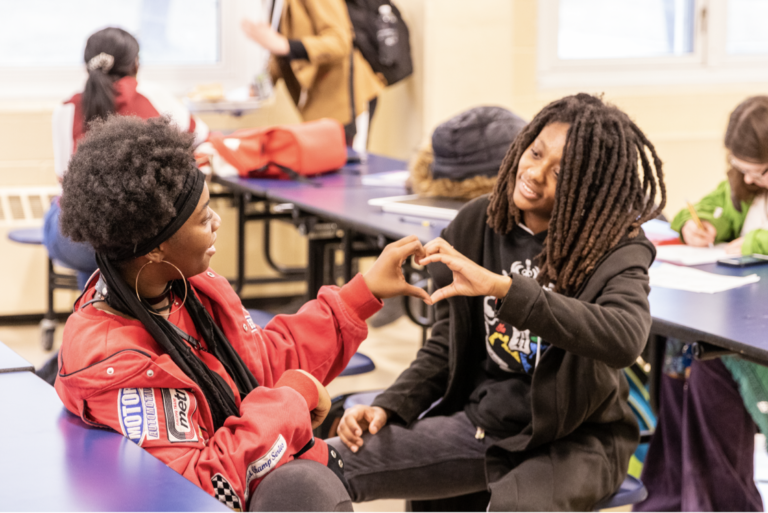 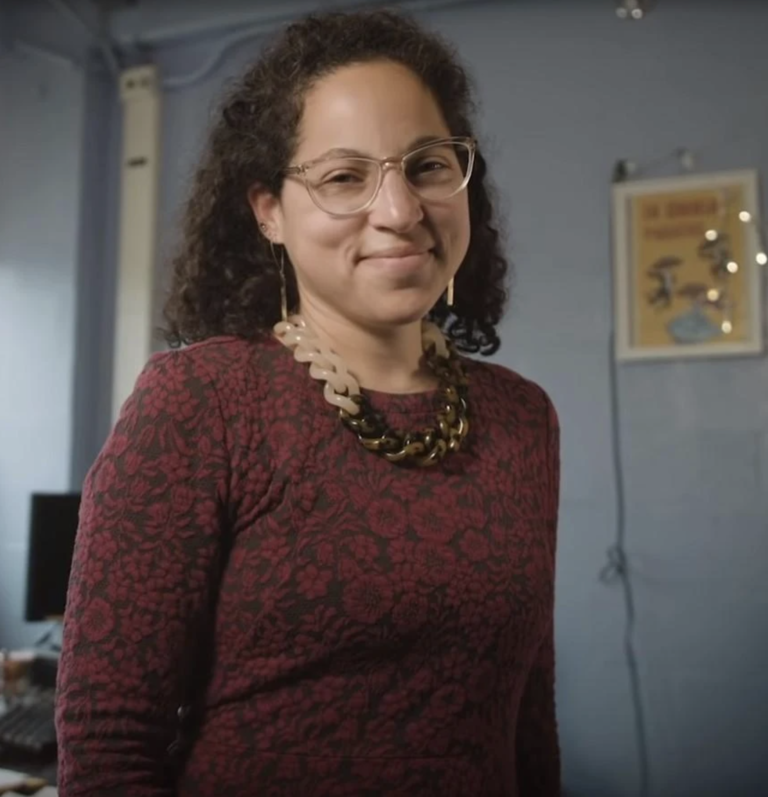 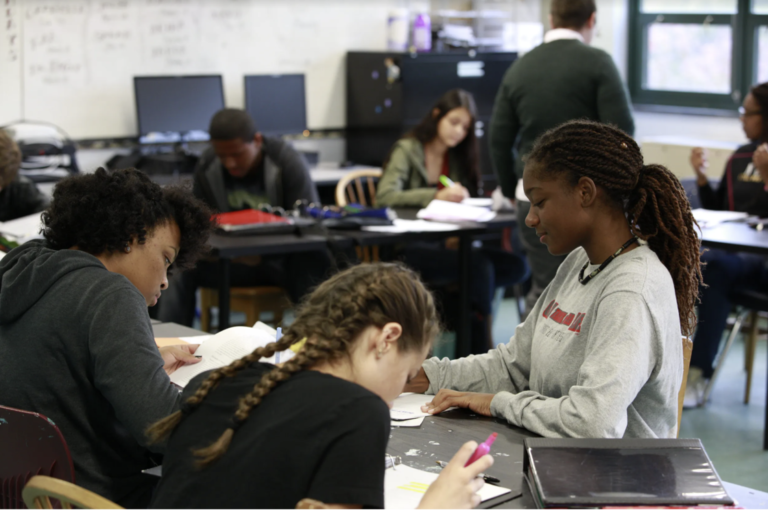